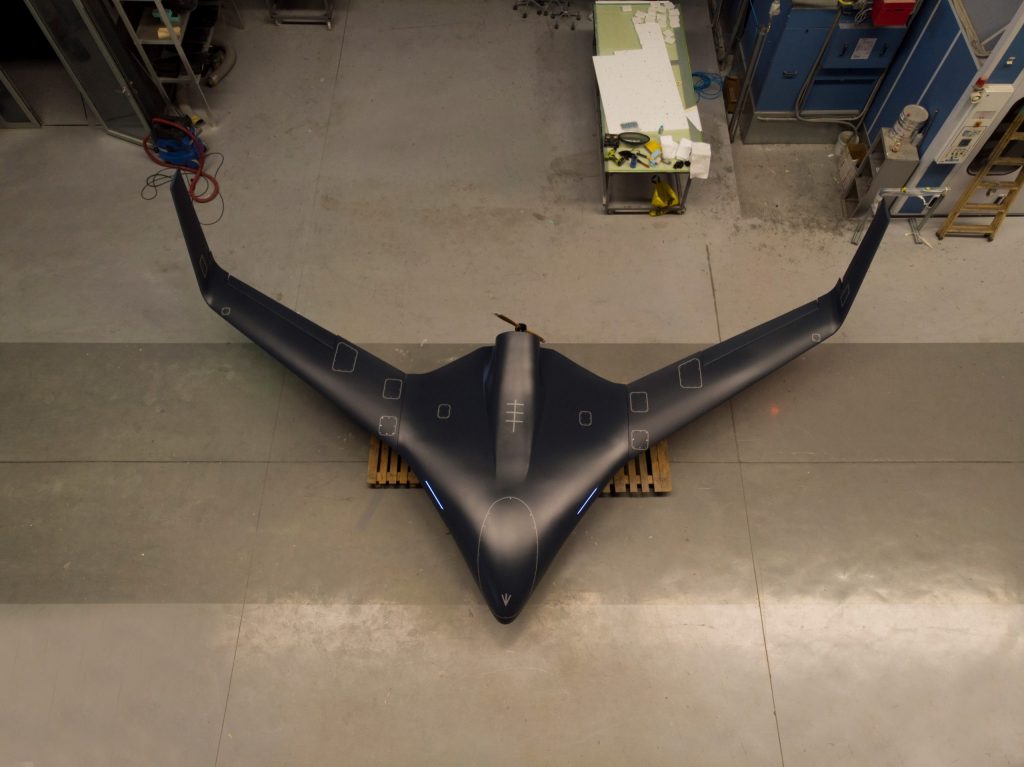 The Laboratory of Fluid Mechanics & Turbomachinery (LFMT) was established in 1985 and is part of the Energy Department of the School of Mechanical Engineering, Aristotle University of Thessaloniki. The facilities of the LFMT cover an area of 400m2 (laboratory and office facilities).

The LFMT infrastructure includes high- and low-speed wind tunnels of both open and closed type, for high-quality experimental flow and heat transfer measurements on wings, turbomachinery blades (stationary or moving), heat exchangers and various other flow device models. The LFMT is equipped with high-accuracy measurement equipment and instruments, such as Hot-wire and Laser Doppler Anemometry (LDA), 4-component force balance, as well as data acquisition and analysis systems. Emphasis is given on turbulent flows, where cross- and auto-correlations are of high importance, as well as on flows around airfoils and wings, to analyze the corresponding flow phenomena and vortical structures.

Apart from the experimental infrastructure, the LFMT is equipped with computational resources for the numerical modelling of complex flow problems. The LFMT has two clusters of 22 and 16 processors, respectively, for High Performance Computing, and has developed a full 3D Navier-Stokes parallelized and vectorized computer code for the solution of incompressible or compressible (up to M=6), laminar or turbulent flow problems, incorporating the most advanced Reynolds-stress turbulence models and all eddy-viscosity models, linear and non-linear, used by the aeronautics industry. Currently, the LFMT is developing an in-house code for Large Eddy Simulation (LES). The LFMT also has licenses for the most modern commercial CFD software for the simulation of industrial flow problems.

Furthermore, and aside from CFD software, both commercial software and in-house tools are used to supplement the LFMT research activities . The thermodynamic and heat transfer analysis tools are based on theoretical relations and well-established textbooks and can be used to calculate all the parameters related to aero engines’ and heat exchangers’ performance and efficiency. The in-house aircraft and fixed-wing UAV design tools allow the estimation of all key design parameters concerning weights, aerodynamics, stability and performance. Based on textbook methods, scientific papers and custom research experience, they provide a complete layout design and performance analysis. The design tools, which are fully compliant with the corresponding airworthiness FAR-23 and STANAG 4671 regulations, have been validated on existing commercial airliner and UAV platforms. Most importantly, though, they are constantly updated using field data from the LFMT fixed-wing UAVs flight-testing campaigns.

LFMT is constantly pursuing partnerships with the industry, both on a national and an international level. Since 1998, in cooperation with MTU Aero Engines AG, LFMT has developed a wide experience in heat exchangers for aero engines recuperation. As a result of this collaboration, MTU and LMFT have issued a joint patent on aero engine heat exchanger development. 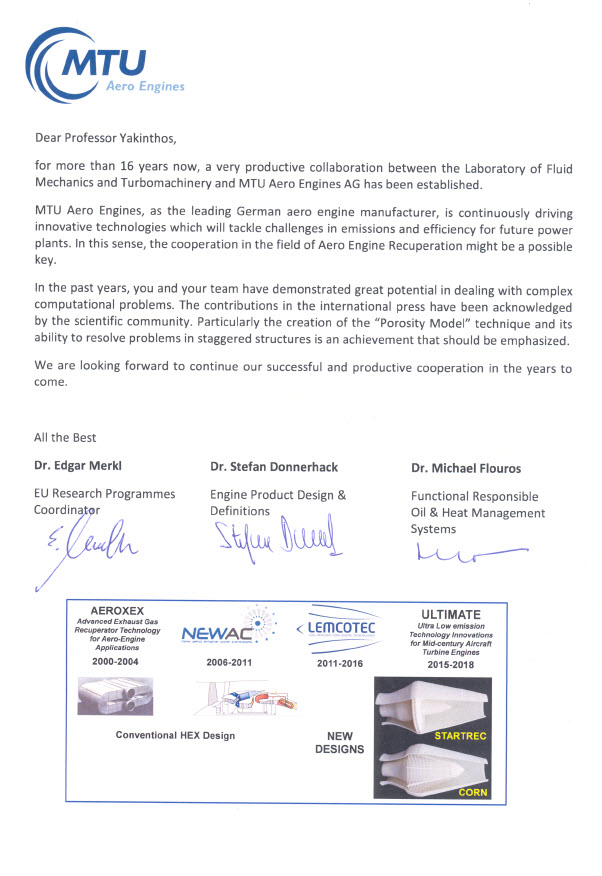 The LFMT has participated in large European R&D projects, the majority of them co-funded by major players in the international aeronautics industry, such as MTU Aero Engines GmbH, Rolls-Royce plc, SNECMA, VOLVO Aero, Rolls-Royce DE. The majority of these projects has an averaged total budget of more than 80M €, while the LFMT averaged 4-year budget for each project is about 800k €. In 2010, after MTU’s invitation, the LFMT became the only Greek Laboratory, among 36 partners, participating in a project proposal named LEMCOTEC with all the major European Aero Engine manufactures, for the design, construction and demonstration of a novel aero engine that will be used in flight operation in 2020. Currently (2020), the LFMT is participating in the 7th FP DELAER and MPU projects for the design of novel unmanned aerial vehicles based on the Blended Wing Body configuration, aiming to achieve improved aerodynamic performance. Also, the LFMT is participating in the Clean Sky 2 HECARRUS project for the conceptual design of a hybrid electric small commuter aircraft.

The LFMT became a recognized close-partner of MTU Aero Engines GmbH for the research on the thermal recuperation technology for aero engines.

The LFMT is a member of the following international networks: