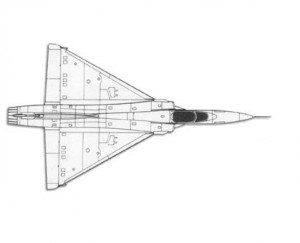 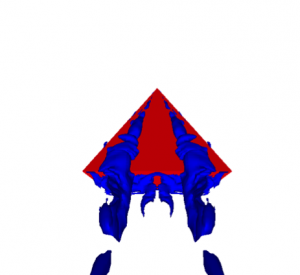 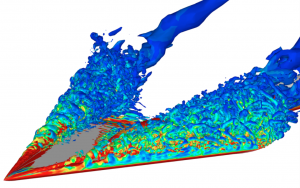 The dominant phenomenon of the flow on a delta wing upper surface is the formation of two vortices that occur in the vicinity of the leading edges. These vortices produce a low-pressure region on the upper surface of the wing, thus contributing to the generation of lift. As the angle of attack increases the vortices increase in strength, until the whole vortex structure breaks down causing the delta wing to stall.

In order to help acquire more information about the vortex structure formed in the wake region of the delta wing and to provide data for turbulence models validation, hot-wire measurements in the wake of a flat plate delta wing, at various angles of attack, were carried-out in the LFMT laboratory, in order to investigate its turbulence kinetic energy budget.